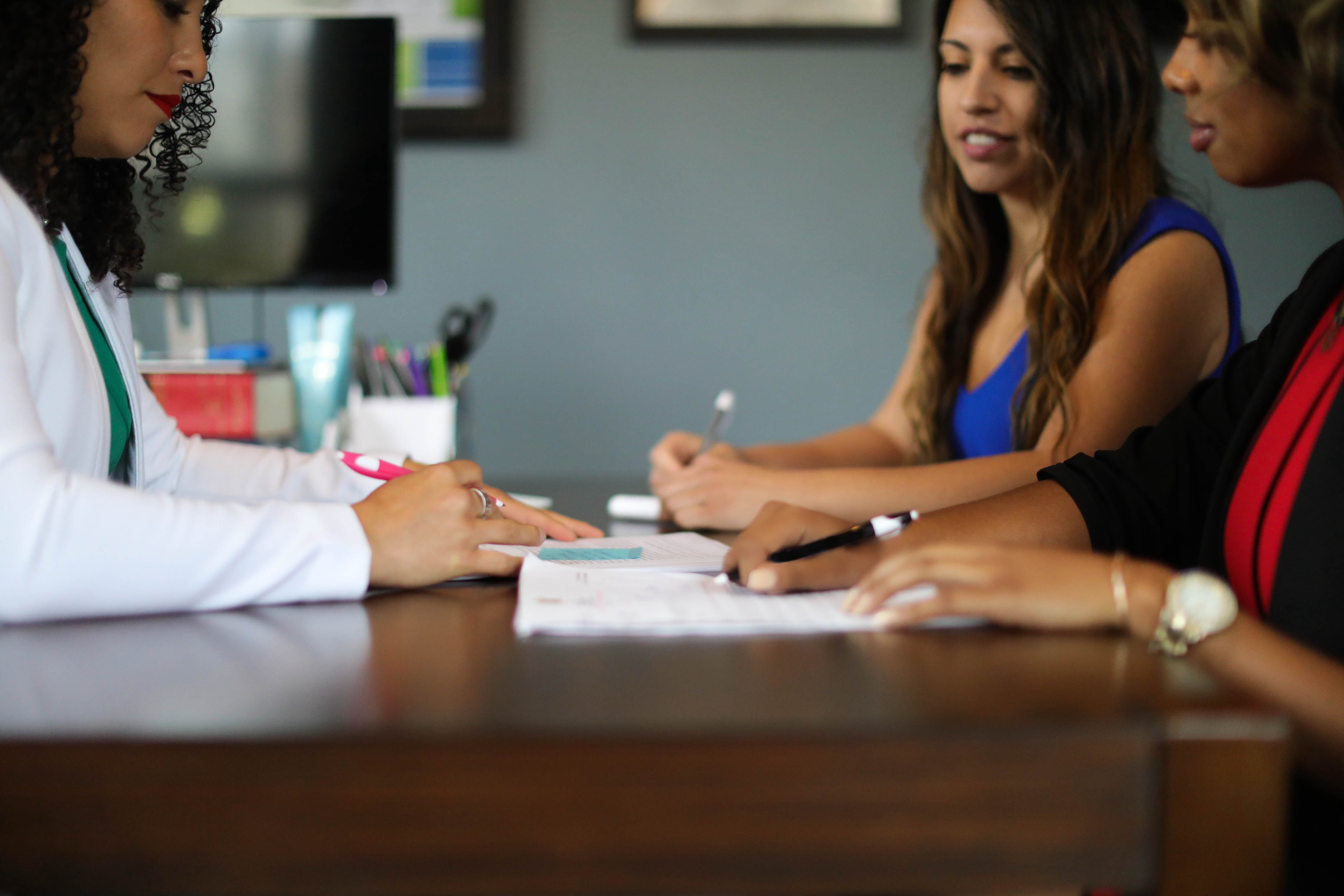 BATON ROUGE, LA (WAFB) - It’s one thing to talk about your goals and get it done; it’s another to stay the course despite having to take an alternate route.

“All these people have loved me into being here. I didn’t get here by myself. I got here with them,” said Johanna Hajiakbarifini.

Everyone has goals, but it's how you execute them that separates you from the crowd.

“So, worked all day, would leave here, go to school, get off at like 9:30 at night, then I would go home and choose between sleeping or eating. I would wake up the next day do it all over again,” she explained.

This tiring routine paid off for Hajiakbarifini, who goes by Johanna Fini for short.

“Honestly, after the first half day here, I knew this was something I wanted to do,” Fini said.

Seven years ago, Fini was the first person you saw when you walked into the Gordon McKernan law firm, located on Hilton Avenue. Her close friend, Shannon Eastman-Stuart, recommended the receptionist job.

Fini recalls Eastman-Stuart calling her, excited about this new opportunity.

“I laughed and was like, ‘Shannon, I have no office experience,'" Fini said.

Good thing Fini didn’t pass up the position, because six months later, she became a paralegal under the direction of Chad “Carlos” Boykin, an attorney at the firm and head of the Spanish department.

“Maybe on paper you see, okay well this might be a long shot, but it’s anything but a long shot,” Boykin said.

“He took a risk on me,” Fini said. “someone who had no idea what they were doing, no legal experience whatsoever.”

A lot of things took place between then and now. Fini finished paralegal school in May of 2014, graduated from law school in August of that same year, and took the bar exam in July of 2018.

“I did not pass the first time. I was 15 points away from passing. I was pretty devastated,” Fini said.

That “failure” was all the gas Fini needed to push her dreams into overdrive. She took the exam again in February of 2019 and got the results at the end of April. “I still can’t believe that I actually finished,” she said. “It’s over. I worked so hard for this and I actually made it.”

“It was never any doubt from that moment forward that’s was what she was going to do,” Boykins said. “Six, seven years in the making, but what we expected.”

“I’d watch her progress. She is ambitious,” McKernan said. “She wants certain things in life and she’s a go-getter.”

And by the second week of May, this 31-year-old that started from the bottom will be certified to practice law.

“Honestly, being a paralegal is the most practical experience I think that probably gave me an incredible advantage in law school for sure,” Fini said.

Fini has had her share of setbacks. She just hopes anyone with a dream takes a step forward to follow it.

“It’s normal to get discouraged along the way, to have doubts, but you just have to picture your life and see how you want it to be,” she said. “You can always do anything you want to do as long as you want it bad enough.”

Boykin says Fini embodies the spirit of his department and that he can’t wait to work alongside her one day soon.

“If you reach back in your mind and say, ‘What’s my purpose?’ it’s like shining a light in a dark room. You know where you are at the point and you go from there.”

Fini says many of her family members immigrated to better themselves, so she was “definitely raised with a passion of the American dream."

“My parents have made it come into fruition themselves,” she said.

She plans to stay in Baton Rouge to give back to the Hispanic community and help expand the Spanish department at the law firm. Fini will be sworn in at 11 a.m. on Monday, May 6 in New Orleans.